What do you think The Lord Our Banner represents?  What does it mean to you?  What is the first thing that comes to mind when you think of God as Jehovah Nissi?  Until I studied the Word, I had no true understanding of The Lord Our Banner aside from knowing that God was always right there with me.  As I did further reading and research I was directed to Exodus 17:15 with the reference that it declares God on the battlefield as lifting us up.  If you read Chapter 17 in Exodus, it tells how the people after leaving Egypt are thirsty and want Moses to bring forth water.  Moses, never really feeling he was the one who should have led them out of bondage or be the one the people looked to, wanted the people to seek God for their provisions instead of always making Moses go before God.  Moses knew by faith that God had brought them that far and had made provisions for them throughout their days.  He wanted the people to have and understand the same faith that he had, have access to God the same as he did, to hear Him and speak with Him just as he did.  He felt the people were simply testing God, blaming and using Moses to do it but he wanted no part of it.  Not knowing what else to do, Moses cried out to God and asked Him what to do as he feared the crowds would stone him and God told him to take his staff and strike the rock and that He would go before Moses and stand with him at the rock.  You could say that the people at that moment were the enemy to Moses and that the land between them and the rock was his battlefield.  He knew the people were angry and ready to kill him if necessary so trusting God and putting his faith in Him, he went to the rock knowing that no harm would come to him because God was with him, and that God went before him to prepare the way for him.   When I think of a banner I think of a big sign or flag waving on display for all to see.  For example, in a parade you will see people carrying a large banner with the name of their group on it so that everyone knows who is following them.  However in the case of Exodus 17, God went before Moses as his banner so that the people knew who Moses was following and who was leading him!  In this instance, The Banner is more important than what is following it.  If we follow God, let Him be our banner, and carry Him before us at all times, He will direct our paths, He will make a way for us, He will lead us on the battlefield and He will stand with us always!

I came across this today and felt led to share it, so here it is, I hope it touches you as it touched me.

Okay, so I left off at the point where I found Dr. Dallal and Einstein Bariatrics.  I completed the gigantic pre-screening packet and went to office depot and faxed it to them at like 930pm, that’s how eager I was to get the process started.  I must have called their office like 3 times in 2 weeks to make sure they got the packet and if they were considering taking me on as a patient.  The week before Thanksgiving I got the call and I was officially one of their patients and had my first appointment Dec 8th, just 3 days before my 47th birthday, what a great present I was giving myself!!  Just a few days after I got the call, I got another call from my stepmom saying my dad had suddenly passed away—pause—WHAT???—no way, I just talked to him last week he was fine, what happened???  I was devastated, my dad apparently had a blood clot that went to  his brain and he died instantly.  I was upset because I was not able to say goodbye, but thankful that he did not suffer.  I pretty much shut down for a bit, and then the day before my appointment with Dr. Dallal, I got a call from their office stating they had to reschedule my appointment because his wife was in labor.  Ugh, I mean really, something was conspiring against me and all I could hear was my husband saying, maybe this is God saying he doesn’t want you to have this surgery.  He never actually said that to me, but I know he was thinking it, and I was kinda thinking maybe God was trying to tell me not to do it.  Needless to say I bound the enemy and the thoughts that were in my head, rescheduled my appointment and moved forward.  I finally had my first appointment with Dr. Dallal the week before Christmas and if I had any doubts about him or his staff, they were blown away.  I knew I found the right doctor, he was everything I had hoped for and more, and what was even better, my husband really liked him and got behind me 200%.  My next appointment was with the nutrionist, physical therapist, physcologist and Dr. Dallal’s assistant.  It ended up being about a 4 hour appointment but I was just thrilled to have met everyone and to know that I had the best team of doctors, nurses and support staff.  I spent the next month getting all the tests they wanted me to have and had a bit of a scare when they found 2 lumps in my left breast during a routine mammogram.  Linda from Dr. Dallal’s office called me early one morning to tell me I had a lump and they wanted me to see a breast surgeon.  She referred me to Dr. Jablon and she is the best there is, trust me.  I had to battle my doctors office and the insurance company to get the referral to see Dr. Jablon but it was worth it, she is thorough and let’s you know exactly what she is doing and why.  Dr. Jablon said because the 2 lumps were small and connected, she would just remove them and then do a biopsy to avoid having to  make another trip.  I had everyone praying for me and praise God, when they did the Needle Location both the lumps were gone – only God could do that, and the entire office was so happy and excited and praising God with me!  I have to get follow-up mammo’s every 6 months but I don’t mind, better safe than sorry.  I’ll stop here for now, take care and God Bless. 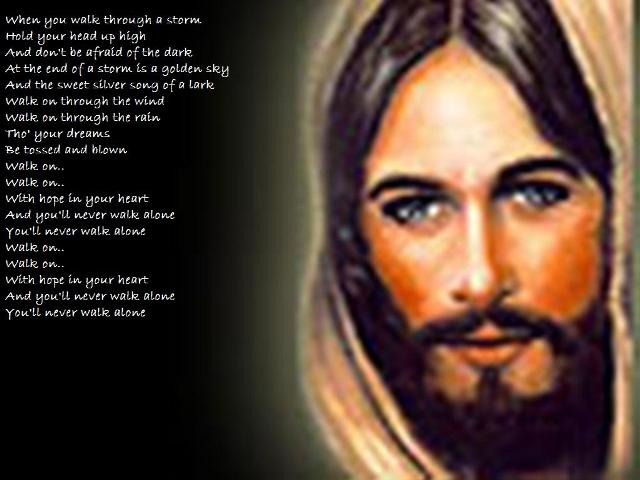 Welcome To My Blog!

It is abundantly clear that world events have changed the way we live today. Now more than ever we must make prayer and fellowship an integral part of our day. I believe that God will bless each person that visits this site and prays for those listed. Please feel free to post comments, or make prayer requests for someone in need. May the peace that only our Lord and Savior Yeshua Ha' Maschiach can bring be with you.